» About » Birch Building at ANU » Did you know: Arthur Birch

Did you know: Arthur Birch

What's in a name?

Did you know, that the ANU Birch Building is named after Arthur Birch, one of the greatest organic chemists of the twentieth century.

Birch had a distinguished career in Australia and the UK, before he was invited to be Foundation Professor of Organic Chemistry at The Australian National University (ANU) in 1960.

Throughout his life and career, Birch published over 440 scientific papers and reports. His many achievements stand on their own merits, receiving many honours including the H.G. Smith Medal, A.E. Leighton Memorial Award, Honorary Fellowship from the Royal Australian Chemical Institute, the ANZAAS Medal. He was appointed a Companion of the Order of Australia (AC) for his contributions to science in Australia, and a Companion of the Order of Saint Michael and Saint George (CMG).

As an international scientist of standing, Birch’s advice was extensively sought beyond academia by governments and industry both in Australia and internationally. He made significant contributions to national science policies, including as founding member of the Australian Science and Technology Council. He also chaired the 1977 Independent Inquiry into government research body CSIRO. 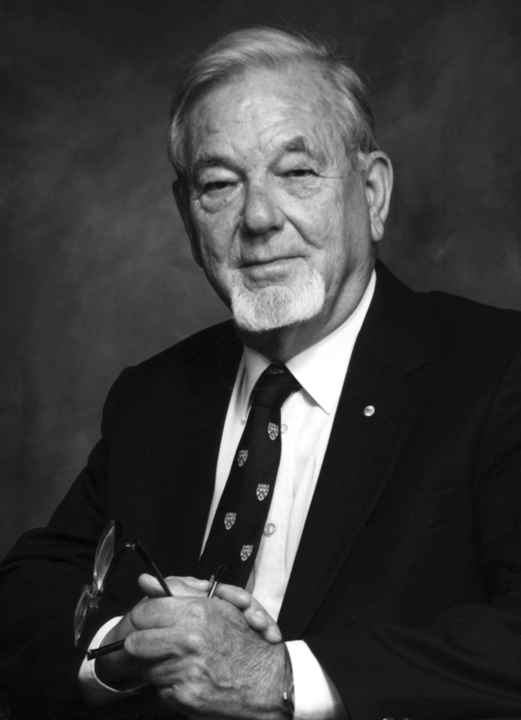 Birch was recognised for his extraordinary creativity, talent and love for science. He was regarded as ahead of his time, with lasting impact across many aspects of his work, from synthesis to biochemistry and organometallics.

He is best known for the reaction that bears his name: ‘the Birch Reduction’. The unique chemical reaction involves the reduction of aromatic compounds by sodium and ethanol in liquid ammonia.

The process has numerous applications and is used widely in synthetic organic chemistry today. The Birch Reduction has allowed us to modify and develop steroids and antibiotics. It was also key to the development of the world’s first oral contraceptives.

Malcolm Fraser, Prime Minister of Australia from 1975 to 1983 and Minister for Education and Science at the official opening of the ANU Research School of Chemistry in 1968, wrote:

I remember Professor Arthur Birch well. His contribution to the highest scientific research in Australia and overseas won a most distinguished, world-wide reputation. He played a significant, indeed indispensable role in establishing the Research School of Chemistry at the Australian National University. As a university established to foster fundamental research and post-graduate training in Australia, Professor Birch’s contribution was outstanding. Its research schools were regarded of real significance to building this country.

The government then believed in the integrity of academic freedom and the need for fundamental research if science was to advance in Australia and if scientists of the highest international standing were to be attracted to Australia. Professor Birch became a valued advisor to government. He chaired the 1976–77 Independent Inquiry into the Commonwealth Scientific and Industrial Research Organisation and laid the foundations for that organisation’s continued relevance and importance. Its task was to accomplish strategic mission-orientated research. His service to Australia continued as Foundation Chair of the Australian Marine Sciences and Technologies Advisory Committee in 1978.

When asked by government, he felt an obligation to provide service beyond the particular confines of his own discipline. As a consequence, he made a most distinguished and broad-ranging contribution to the advancement of science in Australia.

Arthur married Jessie Birch (nee Williams), and the two share five children and many grandchildren. A former nurse and artist, Jessie has been employed by the National Gallery of Australia and has made many significant contributions to arts, theatre, and family planning.

The main building of the ANU Research School of Chemistry was named in honour of Arthur Birch at a ceremony, which he attended just before his 80th birthday in August 1995.

Discover more fun facts and stories behind the ANU Birch Building with the scavenger hunt.