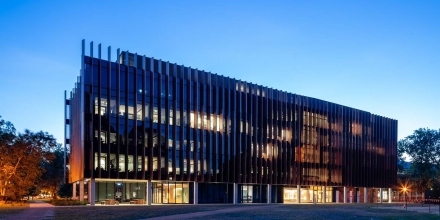 Total disorder is impossible: an introduction to Ramsey Theory

Frank Ramsey was a Cambridge logician who died in 1930 at the age of 26.  With the ultimate goal of finding a "regular procedure to determine the truth or falsity of any given logical formula" (something that Godel proved impossible shortly afterwards), Ramsey proved a theorem which established a field of combinatorics now universally known as Ramsey Theory.

The most well-known examples of Ramsey Theory involve colourings of graphs and hypergraphs.  We will provide definitions and examples, with emphasis on unsolved problems and asymptotics.

The Ramsey number R(s,t) is the smallest n such that any graph on n vertices contains either s vertices that are all adjacent or t vertices that are all non-adjacent. These numbers are only known for small values of s and t. In particular R(5,5) is not known. I will explain how to improve the upper bound on R(5,5) from 49 to 46, and how to improve the upper bound on almost every unknown Ramsey number. This is all joint work with Brendan McKay.