The ANU Computing Leadership Seminar Series is a new initiative for 2021 bringing alumni and friends together, on-campus or online, to share their career perspectives with current students, staff, alumni and the broader ANU community. They will share their career stories, and tips to be effective in a start-up, small company, large company, or less common environment.

Dr Xi Yang and Dr Suvash Sedhain will talk about their diverse and dynamic career paths, before and during their time at Twitter Engineering. They will reflect on their path before and since ANU, share their own share of failures, and discuss the shifting landscape of remote working. They will also address questions such as the social responsibilities of large internet firms, and take questions from the audience. 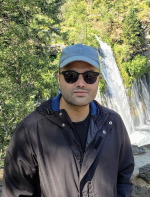 Suvash is an ML engineer at Twitter where his work focuses on user and tweet recommendations. Most recently, he is working on leveraging graph learning methods for personalization and recommendation.

He joined the ANU Ph.D. program after obtaining his Bachelor's degree from Tribhuvan University, Nepal, and a few years of engineering experience at Logpoint. His Ph.D. thesis was on recommender systems exploring linear and deep learning methods. In 2015, he proposed AutoRec, one of the first recommender systems with neural networks that perform well at scale. This approach is now being included in a number of new machine learning textbooks. He adventured through two internships during his Ph.D. and briefly worked in Sydney before joining Twitter in 2018. 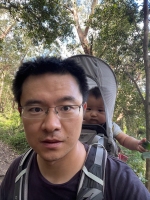 Xi had a bumpy but lucky career path. In 2008, after finishing a three-month study as an exchange undergraduate student at UNSW, he was rejected by UNSW graduate programs. In 2009, Xi joined the ANU Mphil program, and then started the PhD program in 2011. In 2016, after running out of PhD scholarship and being rejected by Google, he switched to part-time PhD and started to remotely work from Sydney for a US Bay Area tiny startup TerrainData. In 2018, TerrainData ran out of money and was acquired by a bigger startup Confluent. After staying at Confluent for one year. Xi finally finished his PhD in 2019 and started a postdoc at University of Sydney. In 2020, he joined Twitter working on performance optimization and having the chance to deploy his PhD research on large-scale production systems.