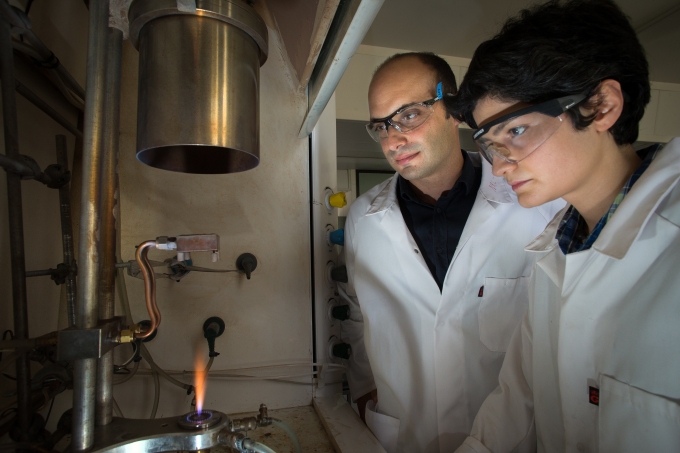 Nanoscientist Dr Antonio Tricoli has won a prized Westpac Research Fellowship for his pioneering work on wearable technology that can help fight skin cancer and melanoma.

The Westpac Bicentennial Foundation has announced Dr Tricoli, from the ANU College of Engineering and Computer Science (CECS), has won a Westpac Research Fellowship worth $330,000 over three years.

His project aims to develop wearable technology, which can warn people when they have had too much exposure to the sun and ultra-violet light, helping to lower Australia's high rates of skin cancer and melanoma. Australia has 12,500 new cases and 1,500 deaths from melanoma each year.

ANU Vice-Chancellor Professor Brian Schmidt said Dr Tricoli's work could help save thousands of lives in Australia, which has the world's highest rates of skin cancer.

"On behalf of the University, I congratulate Dr Tricoli on winning a Westpac Research Fellowship, which is Australia's most valuable privately-funded fellowship for early career researchers," Professor Schmidt said.

"Australians love going to the beach and spending time outdoors and Dr Tricoli's research has the potential to help people monitor their sun exposure and lower their chances of skin cancer.

"The project will also have great benefits for people who work outdoors and have regular exposure to the sun."

Dr Tricoli, who is working in the Research School of Electrical, Energy and Materials Engineering within CECS, said he aimed to exploit the unique properties of nanoparticles to build low-cost UV-light detectors, which could be worn in devices such as smart watches or sport and protective equipment.

"Melanoma is Australia's national cancer. In the past 20 years, its rates have more than doubled and are still on the rise with 392 extra cases per year," Dr Tricoli said.

"The development of affordable wearable technology that can indicate immediate and cumulative exposure rates to UV-light is a key step to help prevent overexposure."

ANU is one of four university partners in the Westpac Scholarship Program. Details are available at http://bicentennial.westpacgroup.com.au/.

Dr Tricoli thanked the Westpac Bicentennial Foundation for its generous support of his project.