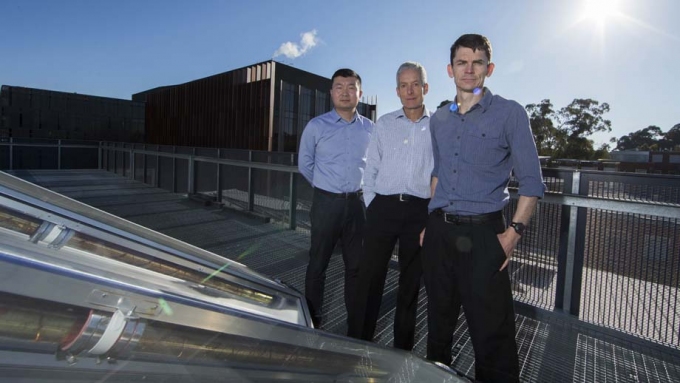 Researchers from The Australian National University (ANU) are among this year's winners of Australia's leading science awards, the Eureka Prizes.

The RE100 group, led by Professor Andrew Blakers, Dr Matthew Stocks and Bin Lu from ANU Research School of Electrical, Energy and Materials Engineering, was awarded the Eureka Prize for Environmental Research.

The RE100 group's research is challenging the barriers to renewable energy in Australia.

Their research shows Australia can transition smoothly to 100% renewable electricity while retaining reliability of supply. The team discovered 22,000 sites that are potentially suitable for cost-effective pumped-hydro energy storage, which can be used to help build a secure and cheap Australian electricity grid with 100 per cent renewable energy.

Dr Mohsen Rahmani, from the Nonlinear Physics Centre at the ANU Research School of Physics and Engineering, won the  Eureka Prize for Outstanding Early Career Researcher.

His nano surfaces have transformed the capabilities of today's miniaturised consumer devices, and several organisations are interested in commercialising his work.

Vice-Chancellor Brian Schmidt congratulated the RE100 group and Dr Rahmani on their success, saying it was a fitting reward for years of hard work.

"This is a well-earned recognition and an example of the extraordinary depth of research that is taking place here at ANU. I would like to acknowledge the hard work and dedication of everyone involved in these projects," Vice-Chancellor Schmidt said.

"It was particularly encouraging to see so many ANU researchers nominated for this year's Eureka Prizes across a range of science fields."

ANU had 10 researchers, either individually or as part of a team, nominated for Eureka Prizes in 2018.

It was the University's highest number of nominations since the awards were established almost 20 years ago.