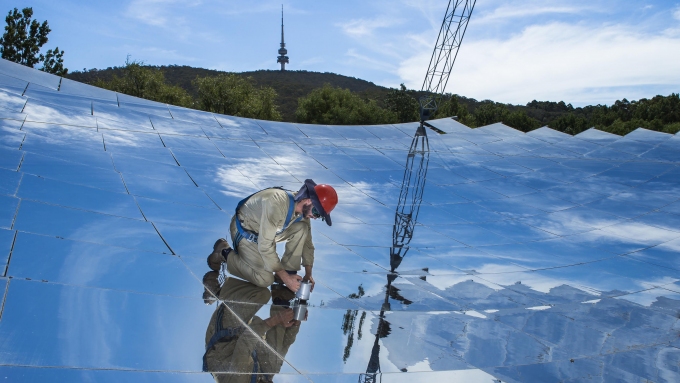 A new ANUpoll has found a large majority of Australians support science and want politicians to rely more on the advice of scientists and experts.

The ANUpoll also found 67 per cent of those surveyed believe science is best funded by government rather than private business, while 82 per cent believe politicians should rely more on expert scientific advice.

Lead researcher Dr Jill Sheppard said the poll, conducted by The Australian National University, also found 94 per cent of those surveyed believe scientists and industry should cooperate more with each other.

“At a time when science is at the centre of some of the major policy debates, such as climate change and energy security, the ANUpoll finds people want the policy makers to listen to and take advice from scientific experts,” said Dr Sheppard, from the ANU School of Politics and International Relations.

“The findings show Australians are also looking for scientists to help them sort facts from fiction in the modern world of fake news and so called alternative facts.”

The poll, Innovation, Science and Business: Australian Attitudes to Government Support, surveyed 1,202 people by phone and was conducted by the Social Research Centre – an ANU Enterprise business.

Lead researcher Professor Matthew Gray, from the ANU Centre for Social Research and Methods, said the ANUpoll provided a snapshot of Australian attitudes at a time when spending on Research and Development (R&D) was falling to around 2.1 per cent of GDP and below the OECD average of 2.4 per cent of GDP, and with private sector investment well below other nations.

“In Australia a smaller proportion of expenditure on R&D is contributed by the private sector compared to other OECD countries,” Professor Gray said.

“The relatively low proportion of Australian R&D being undertaken by the private sector is one of the reasons for successive governments attempting to increase private sector R&D expenditure.”

ANU Vice-Chancellor Professor Brian Schmidt launched the poll and said he was encouraged by the results.

“As a scientist, I am particularly heartened by the Australian public’s strong support for Australian science and innovation that this poll reveals,” Professor Schmidt said.

“I am also excited that most Australians recognise the importance of scientific research in Australia and their views that our political class should take heed of such research.”

The ANUpoll is available at the ANUpoll home page from 10.30am, Wednesday 19 April.