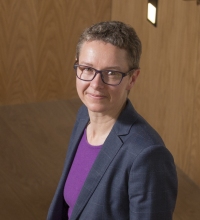 Professor Elanor Huntington is currently a Visiting Professor with the College of Engineering and Computer Science (CECS) and the Executive Director - Digital, National Facilities & Collections at CSIRO. Prior to that, she was the Dean of the CECS at the Australian National University (ANU) from 2014 up until 2021. Elanor has held Board appointments to Innovation Science Australia, Significant Ventures, Questacon and other government scientific advisory roles. She was elected a Fellow of the Academy of Technology and Engineering in 2020 and was named an honorary Fellow of Engineers Australia in 2017. Elanor led the extended Group of Eight (Go8+) Engineering Deans as first female Chair from 2017-2019.

In 2000, Elanor completed my PhD in experimental Quantum Optics. Her current research includes the control of quantum systems, more specifically; the interface between theory and applications. She was a Program Manager in the ARC Centre of Excellence for Quantum Computation and Communication Technologies for nearly 2 decades.

Elanor has given a talk at the World Economic Forum and delivered a TEDxSydney Talk on ‘Why we need Engineers now more than ever’.

Elanor is committed to growing the profile of Engineering in the community and is passionate about attracting a more diverse cohort of people to take up careers that draw on STEM skills. In 2019, she co-founded the Engineering for Australia Taskforce to provide expert advice on addressing barriers to women’s participation in university engineering programs.