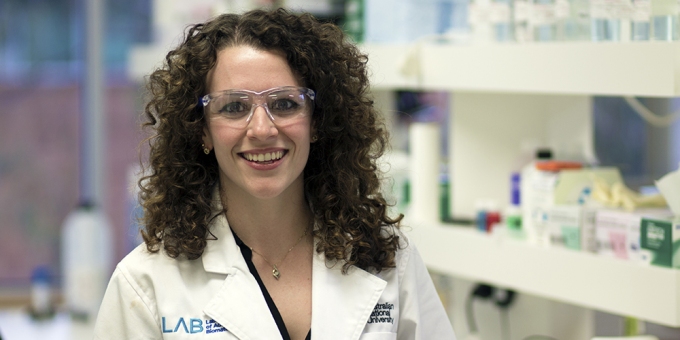 ANU engineering PhD student Francesca Maclean has been named one of Australia's 30 female Superstars of STEM.

The award, announced by the Minister for Industry, Innovation and Science Senator the Hon Arthur Sinodinos, will see Ms Maclean undergo training and development in media and public speaking to help inspire more women to take up study and careers in science, technology, engineering and maths (STEM).

Ms Maclean said she was delighted to be included in the Superstars of STEM, which will fill a gap in attracting women to STEM careers.

"I'm thrilled to have been selected for the Superstars of STEM, and I believe this is a great program designed to provide role models and fill a gap in attracting more women into STEM," she said.

The work also complements Ms Maclean's work at ANU to encourage women to remain in STEM subjects and courses.

While at ANU, Ms Maclean was a passionate advocate for gender equity. Along with fellow student Emily Campbell, she founded a student-run volunteer organisation called Fifty50, which aims to develop an equitable and inclusive study and work environment, particularly for women.

Ms Maclean has led a team of 30 undergraduate students to promote gender equity through a strengths-based approach, and is now a Strategic Director.

In 2017 Ms Maclean was awarded ACT Young Woman of the Year for her contributions to improving the lives of women and girls in the ACT, and recently received a YWCA Great Ydeas grant to bring industry, academia, and government together to increase the pace of change for gender equity in STEM.

Ms Maclean is currently working as a consultant with independent engineering firm Arup. She has completed her PhD studies and hopes to graduate at the end of 2017. She completed a Bachelor of Engineering (Hons)/Bachelor of Science at ANU in 2013.

Her PhD focused on designing biomaterials for brain repair.