» Newsroom » Niraj Lal: from ANU researcher to Imagine This voyager

Niraj Lal: from ANU researcher to Imagine This voyager 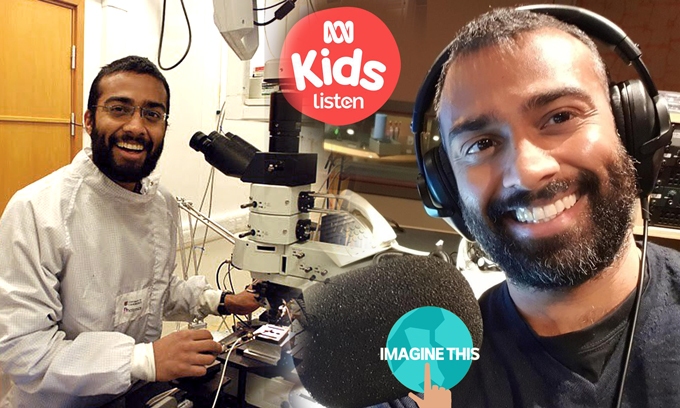 A brand new season of ABC’s Imagine This podcast will be dropping any day now — cause for celebration for kids and parents who love to learn about science and have already devoured the first 50 episodes. 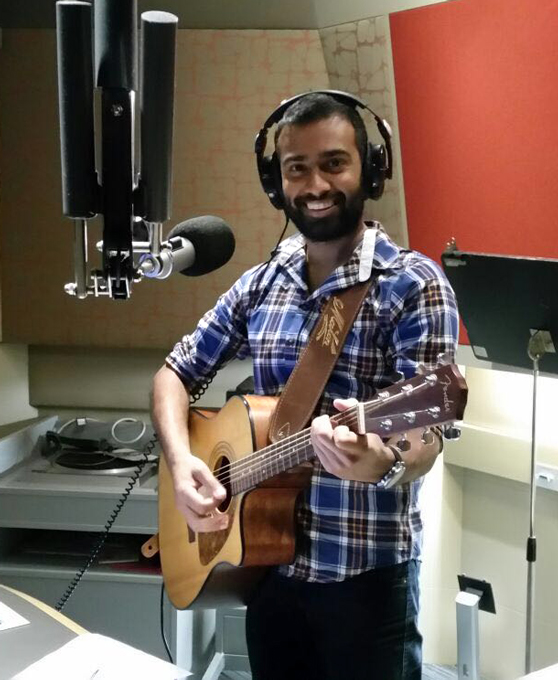 The show’s host, Dr Niraj Lal, has had a lot celebrate as well, having received the 2022 Royal Societies of Australia and New Zealand Bruce Piasecki and Andrea Masters Award for Business and Society Writing, to go with last year’s Celestino Eureka Prize for Promoting Understanding of Science. He’s presented episodes of Catalyst for ABC TV. He’s done a TedTalk about the science of sunshine. He’s written two children’s books, with a third on the way. He’s even begun work on a music album for kids.

“There’s something certainly about my childhood and education that’s made me goal-driven,” Dr Lal said.  “But I read a lovely perspective a little while ago about the importance of having not only a ‘to-do’ list, but a ‘to-be’ list. It’s a little naff, but I’ve held this pretty close since then.”

His "To-Be" List: (1) a fulfilled healthy present human, (2) a wonderful dad and great partner, and (3) a good friend and someone who makes the world a better place.

The key for him to try do this? “Taking a lot of purchased leave and work a 4-day week”.

After graduating from Australian National University in 2007, he earned his PhD in physics researching nanophotonics for solar cells at the University of Cambridge as a Gates Scholar. He then returned to the ANU for an ARENA Postdoctoral Research Fellowship in Dr Kylie Catchpole’s world-renowned research group.

It was at the ANU that he discovered a passion for the broader picture of renewable energy, got his first experience as a lecturer, and met the mother of his now three children at the Wig and Pen, a popular university haunt.

“I loved the wonderful learning vibe of campus and the opportunity to be exposed to so many different disciplines,” he said. “Only 7% of the world gets to have an undergraduate education. Studying at ANU was another level of privilege.”

He is now a Visiting Fellow at the ANU Centre for Sustainable Energy Systems.

The man from Imagine This

Imagine This episodes often begin with recordings of children asking questions about science, such as “What creates lightning?” or “How do our voices work?”

Dr Lal introduces an expert who can provide the answer, and then, with a little imagination and some beautifully layered soundscapes, two adult scientists lead a small crew of child actors on a voyage of discovery. They soar into rain clouds and descend to the ocean floor. They shrink down to observe the metamorphosis of a caterpillar or enter the human digestive system. 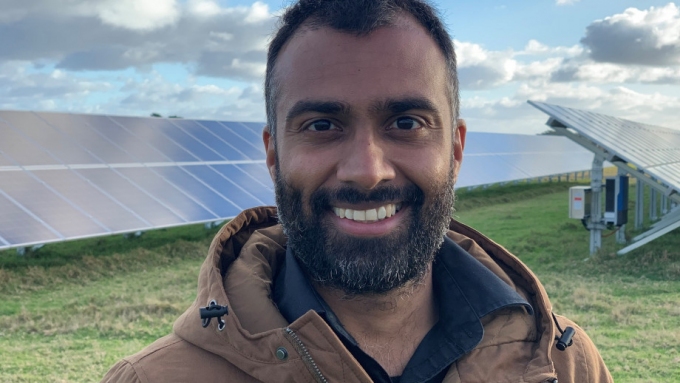 “It doesn't take much for our brains to hear a couple of well-placed sound effects and then stitch together a whole universe around it,” Dr Lal said.  “That's why I really love this program. It's so immersive and imaginative, but without being screen-based, or even book-based. It's a different connection and it feels really appropriate for kids at that age.”

He is quick to credit the show’s sound designers as well as writer/producer Soumia Bella and senior producer Emma Gibbs. But the magic begins with the performances, which are filled with energy, laughter, and wonder, sounding much more like a genuine process of discovery than a scripted teaching tool.

“Sometimes we write on the fly during recording, if we find something interesting to explore or think of a joke that we can make,” Dr Lal said.  “But it's generally scripted in collaboration with the academics and experts that come on.”

Lal’s first appearance on Imagine This was as a guest academic. In a 2018 episode called “How was the Earth made?” Lal joined the show’s original host Brianna Peterson to tell the story while touring the solar system in a spaceship. The episode was a hit, and when Peterson decided to move on to other projects, ABC asked Dr Lal to replace her.

“It was totally unexpected, but was an absolute privilege,” he said.

Dr Lal and Peterson recorded a second episode together to help bridge the transition for their young listeners. Most of the episodes for Lal’s first season as host were recorded before the pandemic hit in 2020. ABC restricted access to its studios nation-wide and the show was put on pause for a year, but since then they have released three more seasons with a fourth to debut in late November.

He reckons that his persona on the show is a “version of himself,” with the most significant difference being that he tries to speak more slowly for a younger audience. Although he and the guest academics are often in different cities, they are recorded simultaneously so they can play off one other.

Imagine This was last year nominated for both the Australian Podcast Awards and the USA Ambies, and Nobel Prize Winner and ANU Vice-Chancellor Brian Schmidt AC and Australia’s Chief Scientist Dr Cathy Foley are scheduled to join Lal for future episodes on the big bang and electricity.

Politics, Julian Assange and me 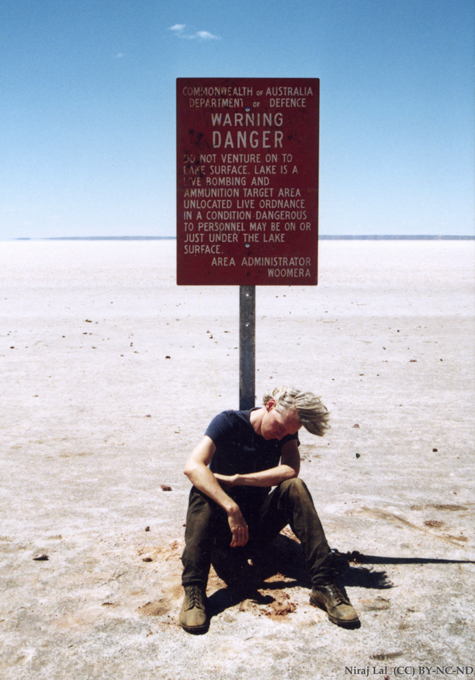 The Royal Societies of Australia and New Zealand Piasecki award “recognises dynamic non-fiction writers between 18 and 40 years of age who aim to ignite positive social change”.
In addition to his many projects focusing on science education for children, Dr Lal has published essays such as The Future of Energy – an Australian Way and Rubberhose cryptography and the idea behind Wikileaks: Julian Assange as a physics student.

The latter article includes photos of him and Assange as classmates at the University of Melbourne in 2002 and reflects on a decades-long friendship forged during a period when Australia followed the United States and other allies into the ill-fated military invasion of Iraq, which caused hundreds of thousands of deaths and was later shown to be based on a lie.

“If a million marching Australians couldn’t halt a nation going to an illegal war, what could? Julian and a handful of maths and physics students would later apply their freshly learnt skills in critical thinking to try to figure out an answer,” Dr Lal writes.

Assange now faces United States Grand Jury indictments for espionage based on WikiLeaks revelations, and Lal does not shy away from controversy in defending him.

The most important aim of WikiLeaks, Dr Lal said, is to “shine the spotlight of surveillance on those who wield structural power, to help make a world where people who do wrong in the public’s name get found out”.

The possibility of future exposure, he argues, has in the past and will continue to make governments and their leaders less likely to abuse the public trust.

Dr Lal is featured in the recent award-winning Ithaka documentary about Assange on ABC TV. In it, he says:

It isn’t love letters that should be surveilled, nor Facebook posts, nor family phone calls, but the decisions to go to illegal wars, the conversations to negotiate free trade agreements that are anything but, the analysis that leads to foreign bases on Australian soil, and the billion dollar deals between governments and arms manufacturers for military equipment that we questionably need. 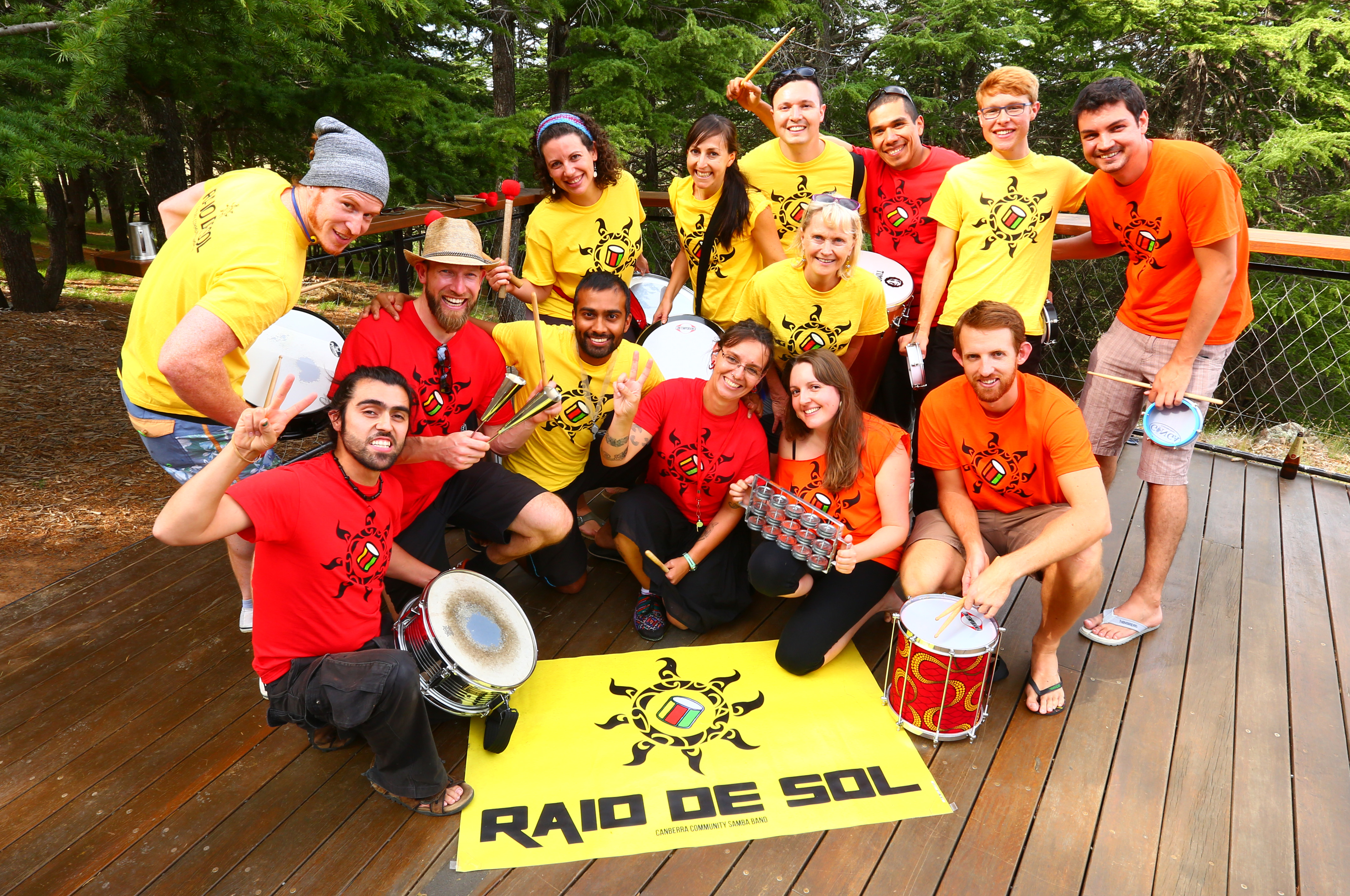 He has shown an interest in politics throughout his adult life. As an undergrad at ANU, he studied politics and participated in anti-war demonstrations (along with Purple Shins soccer and the founding of a Samba band).

But now, as a beloved figure best known for children's science education, does he consider it a departure to take such a strong public stand?

“A little bit of a departure,” he said. “But since leaving full-time research, I’ve come to appreciate the special opportunity for academics to speak with honesty and openness. University employees are some of the very few people paid by the public for thought-leadership. Academics can speak without having to be concerned about industry interests or profits or government political caution, and I believe could speak publicly a lot more.”

Dr Lal is now adding his voice to public discourse about privacy and freedom of information to go with his decades-long contributions on sustainability and renewable energy. He’s cognisant that a future renewable-energy economy will likely speed up the wheels of industrial extraction, manufacturing and waste.

”There’s a lovely case study called 'Jevon’s paradox' where an English economist noticed that greater efficiency of the use of coal didn’t lead to less coal use and extraction, but more," he said. "That efficiency led to decreased cost which led to greater applications for coal and hence greater extraction and use. It's maybe the same with the transition to 100% low cost renewables. Necessary of course – but to what end?"

The answer to that question will be determined by disciplines that reach well beyond physics, engineering, or science education. 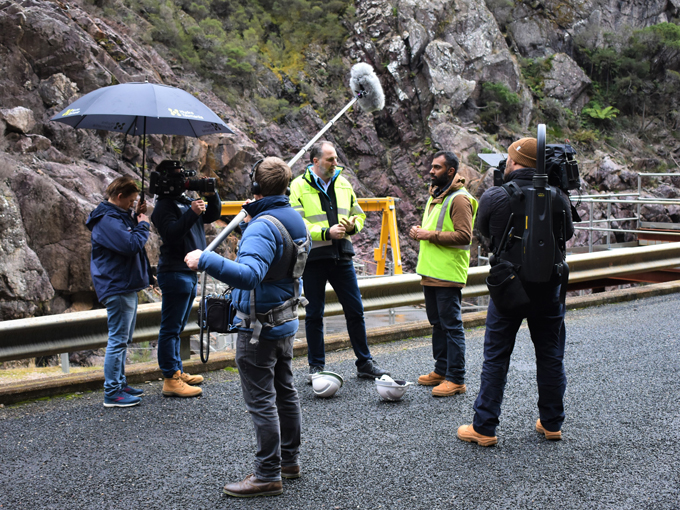 “If I’m being honest, my aims for science communication are, at heart, always political,” he said. “Not in a party-political sense, but in the aim to support justice, transparency, and collective decision-making through compassionate evidence-based reasoning. My aim with very young kids is to help them think creatively – to help them learn that the universe is amazing and understandable through critical thinking.”

Dr Lal predicts the mission for science education will become even more critical, even more contested and possibly more corrupted in the coming decades. And he's much more concerned about politics bleeding into scientific research than researchers commenting on politics.

“Even now,” he points out,” Australia’s treasured institutions such as CSIRO, NYSF and Questacon are accepting fossil-fuel or weapons manufacturer sponsorship in exchange for favourable treatment and influence – precisely for the integrity of science that they represent.”

Dr Lal stands ready to respond if the current backlash against science takes firmer root in Australia. And the intrusion of politics and special interests can come not only from the conservative side of the aisle, he warns.

“There has been significant piggybacking on the climate-change imperative by the broader green-left agenda — which I’m sympathetic with, but this has caused distrust,” he said.

He believes that efforts to meet climate and other challenges should be straight-forward and apolitical as much as possible. Speaking out on controversial issues can sometimes come with a cost, but it's a necessary responsibility for academics like himself as Australia works through energy and other transitions.

“These issues are uncomfortable to raise and very few people have the freedom to raise them,” he said.