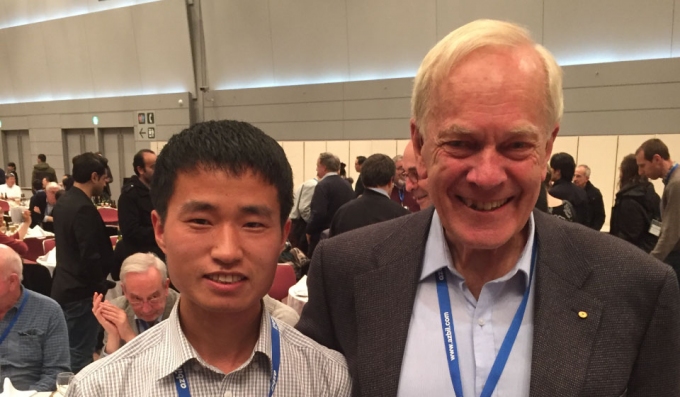 PhD Candidate Zhiyong Sun has taken out the 'Best Student Paper' as one of three finalists at the recent IEEE conference on Decision and Control (CDC) held in December 2015 in Osaka Japan.  The IEEE CDC conference is the largest and most influential conference in the control engineering field.

The award recognises excellence of research work in a CDC paper whose primary author is a student.  It is one of the top awards for PhD students in the control engineering field.  Zhiyong's supervisors Professor Brian Anderson and Dr Brad Yu contributed to the paper. Prof. Uwe Helmke from University of Wuerzburg Germany was one of the co-authors of the paper.