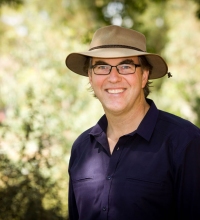 Robert Mahony is a Professor in the School of Engineering at The Australian National University (ANU). He received a PhD in 1995 (systems engineering) and a BSc in 1989 (applied mathematics and geology) both from The Australian National University. He worked as a marine seismic geophysicist and an industrial research scientist before completing a postdoctoral fellowship in France and a Logan Fellowship at Monash University in Australia. He has held his post at ANU since 2001. His research interests are in non-linear control theory with applications in robotics, geometric optimisation techniques and systems theory.

My main research interests are in non-linear systems theory with applications in robotics, geometric optimisation techniques and systems theory.